Discover the singing of Havaneras from Calella de Palafrugell

If you like sailor songs and tavern music, you should get to know the Cantada d’Havaneres in Calella de Palafrugell. It has been celebrated for more than half a century and is one of the most important in Spain in this musical genre. 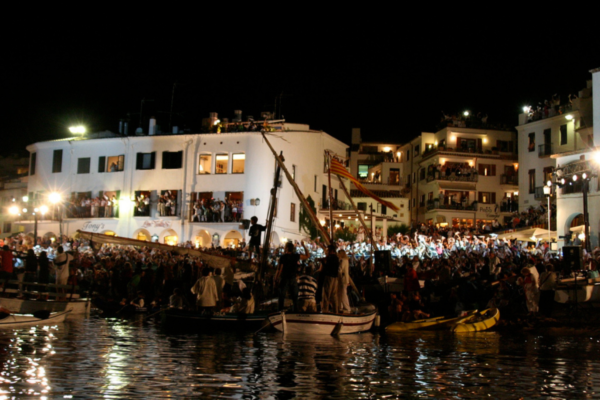 The musical genre of the habaneras originated in Cuba, and was introduced to Catalonia when the first Catalans who emigrated from the Caribbean returned. The Havanans are composed of melancholy lyrics where there is talk of nostalgia for their families and their land. The best known example is the song “My Grandfather”.

Due to the great success of this meeting, the following year they were forced to move it to a larger space, and they did so on Calau beach. It was not until 1969 when the Association of Friends of Calella, who organized the event, decided to place the stage where it is currently held: In the Cala de Port Bo.

And from that moment, year after year, all the groups of participating habaneras come to the event surrounded by an incredible stage, as apart from the spectators on the beach, and those who watch it on television , there is also a large fleet of boats that come to the appointment by sea adding light, color and warmth to make this summer night magical.

You can watch this year’s edition here.