The feast of Sant Joan at the Costa Brava

On the night of June 23rd, all of Catalonia is celebrating. The feast of Sant Joan is a very important one throughout the territory. On the Costa Brava, it is a popular celebration that everyone lives in its own way. But the most common one is with neighborhood, family or friendship gathering for dinner, listening to music, lighting bonfires and watching the fireworks from the beach.

On the night of June 23rd,  everyone celebrates the summer solstice . It is a celebration that in the past the Catholic Church made it match with the birth of St. John the Baptist.

However, St. John’s Eve is a tradition that dates back to long before the implantation of Christianity, it is a cult to the the sun, to the length of the day, for the summer solstice; And that over the years has become a party with very remarkable and symbolic elements and customs. Being one of them the purifying fire. 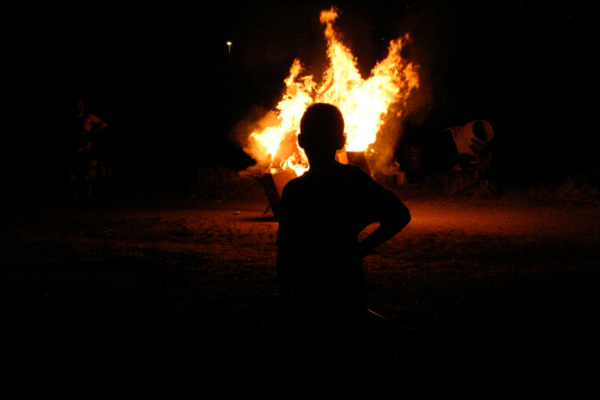 It is tradition to write wishes on a piece of paper and burn them in the bonfire, waiting for them to be fulfilled. Although this is the tradition now, bonfires were lit during this feast because it was believed that the flames drove away and scared away the evil spirits that camped during the night.

And in fact, thanks to lighting a fire, we know its origins. Since, during the 18th century, laws were enacted to stop fireworks and bonfires in the city of Barcelona, which suggests that by then the tradition was well established.

What do we eat for St. John’s Eve?

The traditional dessert of this day is the Sant Joan’s coca (a kind of cake made with bread, sugar and a bit of anise). Some of them are made with fruit, pine nuts, bacon and some are filled with cream . It is derivated from the cake made with eggs that was eaten many years ago, as a symbol of sun worship. 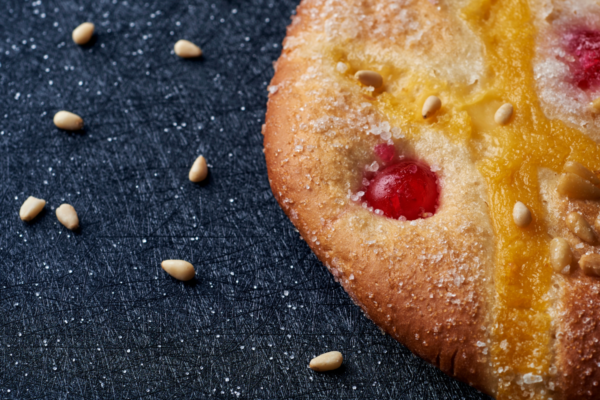 Wherever you are on St. John’s night, you will have the best time. All you have to do is walk around the streets of any town and let yourself be guided by music and firecrackers. The Revetlla de Sant Joan is a popular feast where everyone is welcome.